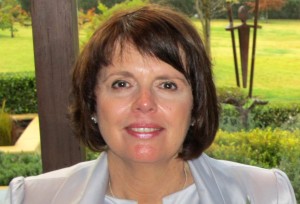 I grew up on a cattle property of 47,000 acres in Central Queensland,  Australia.  As a child I loved horses, books and the bush.  Not a lot has changed although I have also grown to appreciate the finer things in life, especially dining out!

My husband and I now have a cattle and grain farm close to where I grew up.  We have two grown children. My daughter and her partner have recently presented us with a beautiful granddaughter. Our son is a qualified boilermaker but has returned to help run the farm.

Many years ago I published a historical romance with a local setting. Having a family interrupted the flow and I didn’t seriously get back to writing until my children were older.  I finally sold an historical novel, The Cornstalk, and its sequel, A Hidden Legacy, to a small US publisher. The Cornstalk was a finalist in the Booksellers’ Best Award in 2008. I’ve recently edited and re-released these two books with new covers and new titles, now Colonial Daughter and Colonial Legacy.

My rural romance, Breakaway Creek, was a finalist in the QWC/Hachette Manuscript Develoment Award and was published in May 2013 by Clan Destine Press. It is available in paperback and ebook.

As well as being a member of the Romance Writers of Australia, I belong to a local writers’ group.  We’ve published three books of short stories, Boots At The Door, A Taste Of Fear and Pot Luck: Stories of the Central Highlands. I’ve had several short stories and a couple of poems included in these anthologies.

In 2008 I helped compile a book to commemorate my home town’s 125th anniversary. I’m also one of a group of volunteers who once a month put together a newsletter of the happenings around our town.
In between farm duties, volunteer work and writing, I also enjoy patchwork and general sewing. I regularly attend a craft group which meets weekly. 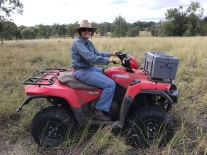